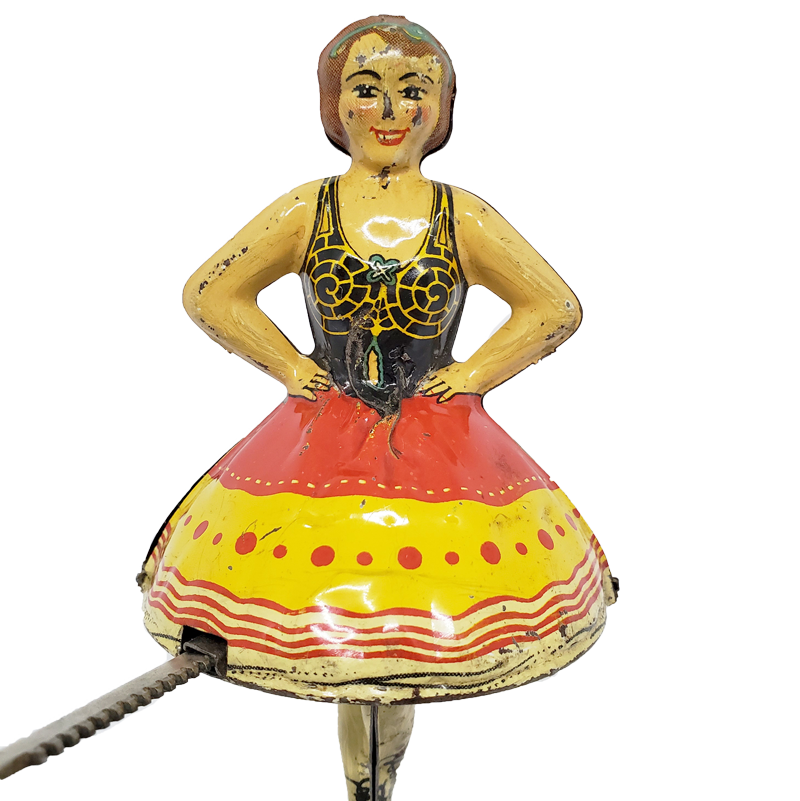 Even if you’re not a toy collector, I’ll almost guarantee you’ve seen a Marx toy at some point in your life.  Marx was one of the most successful American toy makers of all time. Spanning across most of the 20th century, his company produced scores of toys in almost all categories.

This particular toy, the Ballet Dancer, is quite unusual however. The piece is a bit of mystery, but seems to have a consensus of 1939/1940 being the date of introduction. It functions as a dolled up spinning top, or gyro toy.  You use the rip cord to engage the internal weight and off she goes spinning on her “tip toes.”
END_OF_DOCUMENT_TOKEN_TO_BE_REPLACED
Category: Toys 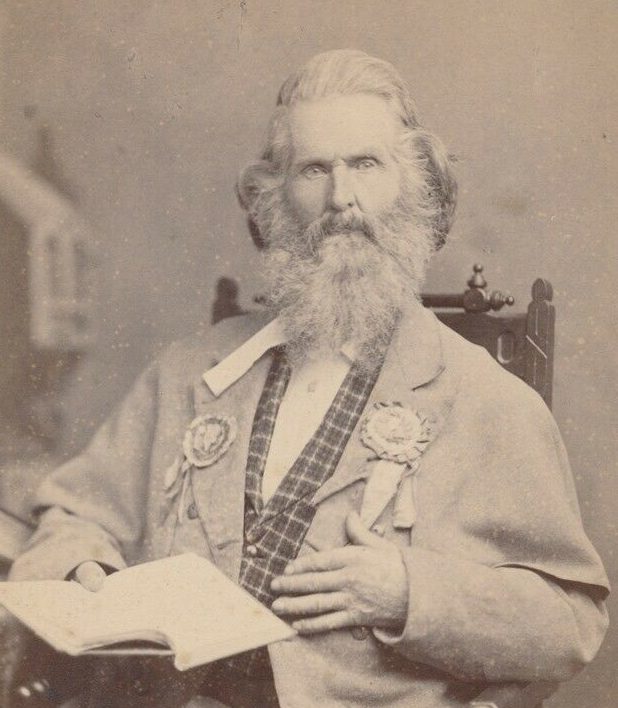 The story behind this photograph and my research of it is pretty amusing.  Upon discovering this photograph, I was immediately taken by the subject; his pose and attire suggested to me that he could have been someone of importance and that it was worth further research.

But then I see the strange scribblings on the bottom of the card, and when I flip it over to see if the back has any more information my mind was literally blown. 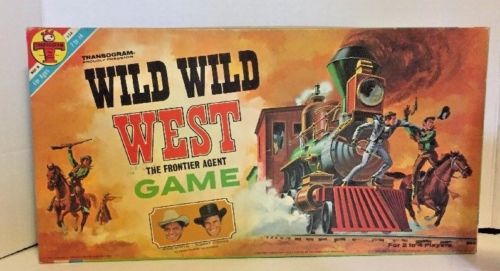 1966 Transogram Wild Wild West Board Game From The TV Series.

“The premise of this game is that undercover agent James West’s private railroad car has been seized by a band of desperados. Each player is West, shooting it out with the outlaws. The object of the game is to shoot the windows of a stand-up, die-cut cardboard train, using a cue stick and marble, trying to hit and capture the most outlaws. The game includes four train sections, four James West figures, 12 bullets, 16 outlaw cards, one cue stick, one marble, one die, and a fold-out playing board.”

Very rare game based on the 1960’s television series.

The game had a mechanic similar to pool to simulate a shootout, where one would attempt to shoot a marble through a gate. Players have a limited supply of “bullets” and targets are chosen by rolling a die.

Transogram Company was incorporated in Pennsylvania on September 4, 1959, succeeding a New York corporation of the same name that was established in 1915. The company was founded by Charles S. Raizen.

Transogram was the creator of many well-known toys. In the 1930s it expanded into the manufacture of games, including Big Business, which was introduced in 1935, and “Game of India” and “Tiddledy Winks,” introduced in 1938. It also developed the Green Ghost board game, and in the 1950s it sold the very successful Prince Valiant board game and a variety of “paint-by-number” sets.

Transogram made an initial public offering of 196,000 shares common stock in May 1962. It was sold from the private account of Charles Raizen at ten dollars per share. After the sale, Raizen retained control of the company through his holdings of 606,000 shares, which represented 61.4 percent of Transogram’s outstanding stock.

Ed Sanford owner of AntiqueToys.com stopped by and asked to borrow three of our remarkable tinplate band toys. Ham and  Sam, Li’l Abner and the rare Howdy Doody.  He did a fantastic featured blog article you must read,  http://www.antiquetoys.com/gaining-appreciation-for-piano-band-toys/  I was amazed at how through Ed researched these toys.  He even added a video showing all there of the bands working at once.  Now that is something you do not see every day… in fact, you rarely see these toys working at all.   Most owners would not let these toys jump around without careful attention.  Check it out… a real first for Ed!

If you want more information or even a special package deal on these 3 toys for your collection, pick up the phone and call us at (727) 572-8443.  Ask for Justin

We recently had a visitor wanting to see the Opamerica Toy Collection.  While picking toys at the 49th street flea market in St Pete, Florida, I came across another avid toy collector.  We seemed to share common interest in collecting vintage toys… ours in tinplate… his in cast iron.  After an engaging discussion we agreed to share our knowledge and meet to review some of prized possessions. On the appointed day this collector showed up and was quite amazed at the amount of toys and “other stuff” that we have accumulated over the years.

While looking over our lower shelves Ed Sanford ( the collector) spied a cast iron toy he could not resist owning.  After a brief negotiation Ed became the proud owner of a rather rare 11″ Hubley Ahrens Fox Fire Pumper which he wanted to feature on his new website ( antiquetoys.com ).